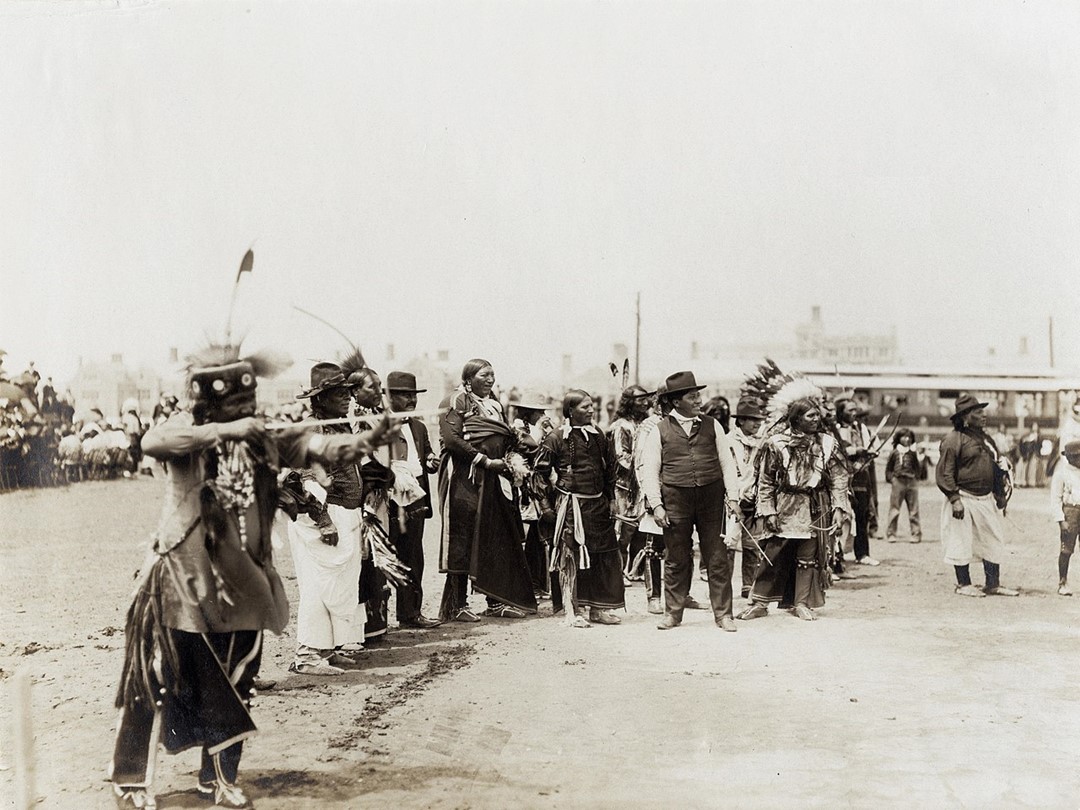 IN THE minds of Americans, the concepts relating to bows and arrows have two widely different derivations nations and yet, in the development of the sport of archery in this country, these sources are so intermingled that it cannot be said which has had the more potent influence.

From prehistoric times to the present day the American Indians, though in constantly decreasing numbers, have used bows and arrows as their chief means of procuring food and valuable weapons in war.

Filled with tales of the frontier, boys without numbers have fashioned primitive imitations of the Redman’s equipment and have endeavored to emulate his prowess in the hunt and on the war-path.

On the other hand, the white man inherits legends of the bow from mediaeval Europe, with Robin Hood standing first in his imagination and behind him the archers of Crecy, Agincourt, the Wars of the Roses and the Norman Conquest, with hosts of others whom his reading of history and romance have furnished. More distant still are the classic bowmen of Greece and of the vanished empires of Africa and Asia.

These two streams of inspiration flowed together in the formation of the first archery club in America of which we have no record. “The United Bowmen of Philadelphia” was founded in 1828 by Titian Ramsey Peale.

This young man, born in 1800, was a member of the famous family of artists of that name, and to secure drawings of the wildlife of our West* he had accompanied, as assistant naturalist, the United States expedition under Major Long which explored the region from the Mississippi to the Rocky Mountains in 1819.

From the Indians he had learned a love for the bow which he cherished until, a few years later, it led him to gather together five friends and start the club.  To harmonize sport with the conditions of civilization they were obliged to take as patterns the organizations already existing in England.

That “The United Bowmen” was prosperous is well proven. Its membership was limited to 25 and, in all the years of its existence, a total of 57 had joined. They must have presented a brave appearance as they stood in line, for they shot from under a long pavilion which was supported by 25 poles, from each of which flew the flag of the archer beside it, and they were dressed in frock coats of Lincoln green, ornamented with gold braid, broad straw hats covered with green cloth and turned up with three black ostrich plumes, black belts and white pantaloons.

The club published a little book called “The Archer’s Manual,” copies of which may still be found in public libraries. It’s annual competitions were attended by as many as two thousand spectators, and not until 1858 did it stage its last contest.

In 1888 the surviving members met for the last time and deposited their trophies and archives with the Pennsylvania Historical Society, where they may now be seen. The trophies are in a showcase which can be opened only by breaking the glass.

Chief among them is a superb punch bowl, awarded annually to the champion. His name was engraved on a tag suspended from the rim and he was expected to embellish the outside with a heavy, silver acanthus leaf.

Other trophies are a silver goblet for the second man, a smaller goblet for the man who made the hit nearest the center and a brooch for the sixth man. Strangely enough the third, fourth and fifth men received nothing.

In 1859 the secretary wrote: “No grounds, no shooting.” After that came the stirring events preceding the onset of the Civil War and archery suddenly ceased, to remain in desuetude for twenty years.

Its revival then was very similar to its origin, for again a young man hunted among the Indians and afterward introduced the sport to civilization.

Maurice Thompson, a young Confederate veteran who, in the closing days of the war, had been wounded in the chest, returned to his home in Georgia only to find it in ruins. Ordered by his doctor to have an open-air life in a still warmer climate, and too reduced in circumstances to live by other than his own efforts, he and his brother Will H. Thompson journeyed to Florida and there encamped with a Native American guide.

Firearms had been forbidden because of their recent belligerency, so they made crude bows and arrows. With practice they became excellent shots, the game was superabundant, and as their skill in hunting increased, they also learned to fashion better weapons.

Fortunately, Maurice Thompson was “a writer as well as a fighter” and a few years later, in 1877 and 1878, he published a series of articles in Scribner’s Magazine which related, in exquisite prose, his experiences in the woods and which, soon afterwards, were collected in a volume named “The Witchery of Archery.”

People at that time had no other lawn sport than croquet and they eagerly welcomed this more active exercise. Archery clubs sprang into existence as though by magic all over the United States, armed with anything from Native American weapons to the finest imported English goods.

Get instant access to this eBook today for Only $17. 340 Pages of fantastic information brought to us from the past until today.

Our 100% Money Back Guarantee:

If for any reason you decided within 30 days that “ American Archery ” isn’t for you, simply notify us by email and we’ll gladly refund your money – no questions asked. That’s our Ironclad Guarantee!

The risk is entirely ours! You absolutely have nothing to lose!