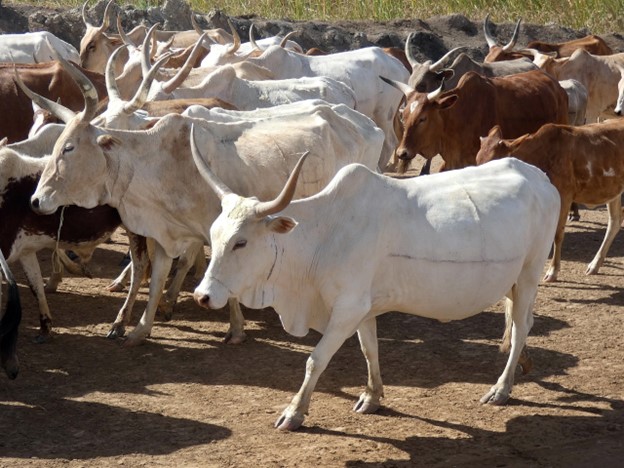 Animal Breeding the Relative Influence of Parents No question pertaining to breeding has given rise to more controverted opinions than that which relates to the relative influence of parents as male and female, in determining the characteristics of the off- spring.

Many have claimed, and with, much positiveness, that certain characters are derived chiefly from the male and certain other characters are derived chiefly from the female. But, since there is not much agreement between the leading advocates of these theories, even when the same in some leading essentials, and since the arguments presented in support of them are chiefly of a negative character, they fall short of incontrovertible demonstration.

And it may be mentioned here that if the contention were true that one parent because of its sex influences certain features of transmission, then such transmission would be a disturbing factor Antagonistic at least in some instances to prepotency.

Such disturbance would complicate the laws that govern transmission to such an extent as to seriously hinder successful breeding. At the outset, therefore, it would seem improbable that influences so antagonistic should be inherited in the same animals.

Sex Alone Does Not Affect Transmissive Power. —Much of what will be said in the remaining portion of this chapter will have a bearing on the affirmation just made.

But more commonly both claims have reference to certain characters in the progeny rather than to the whole being, otherwise •their absurdity would be so manifest that it would not be necessary to consider them.

Were it true that this greater influence was exerted because of its sex, there would not be so many instances in which there is a preponderance in resemblance to the female. In the human family children very frequently resemble the mother more than the father in form, in features and in mental powers.

This preponderance in resemblance to the female parent among domestic animals is also frequent, though not so frequent relatively as in the human family, and because in the latter there is no selection in breeding as with domestic animals, hence the average female is likely to be as prepotent as the average male.

Why the Male Parent Exerts the Greater Influence in Transmission. —The theory that the male parent exerts the greater influence in virtue of its sex has arisen probably from the greater number of in- stances, in which, in breeding domestic animals a preponderance of resemblance may be traced to the male parent. But this may be owing first, to the greater care used ordinarily in breeding males, which renders them more prepotent, and to the greater pains taken in choosing them, and second, to the larger number of the progeny tracing to one male.

Males are usually more purely bred than females, and they are usually possessed of a greater average individual vigor. They are in consequence more prepotent than females as shown in Chapter IX. It could not be otherwise then, but that the resemblance to the males would preponderate in each of the individual progeny. And since the progeny of one male is in nearly all instances in practical breeding much more numerous than the progeny of each female, the sum of the resemblance in the progeny to the male is greater than the sum of the same to all the females combined.

The Offspring Resemble Most the Parent Most Highly Bred. —The probability is strong that there will be a preponderance in resemblance to the parent most highly bred, whether male or female. It has been shown above why the progeny more frequently resemble the male. But suppose the conditions of choice were reversed that more pains were taken in breeding and choosing females, then it would doubtless follow that in the progeny of each female there would be more of resemblance to the female than to the male parent. This is well brought out in crossing a well-established breed with one but recently established, and in mating a pure breed with an animal of mixed breeding.

Ordinarily therefore the progeny will bear the closer resemblance to the parent of the more ancient lineage in the one instance, and to that of the purest breeding in the other. But there may be some exceptions for reasons that will now be given.

Unexpected Variations in Transmission. —Although the predominant influence of the best-bred parent is the rule in transmission, the intensity of other conditions may. interfere so as to produce unexpected variations.

For instance, where high breeding is practiced, with reference to securing a single quality only, or a limited number of desirable qualities, in securing these strength and constitution may have been so neglected as to result in transmission that is variable. Much depends upon the strength and constitution of each parent, as well as upon the composition of the blood. Under normal conditions the best-bred parent would almost certainly transmit a preponderance in properties to the off- spring.

The antagonism may become so strong even, that its influence in producing variation may be stronger than that of good breeding in perpetuating likeness in transmission. It is possible, therefore, that in many instances as much depends upon the strength and constitution of each parent as upon the composition of the blood.

This variableness in transmission may arise, in part at least, from the inheritance of variable characters represented in the ancestral line, and it may be that impaired vigor enables these to assert themselves in a way which would be hardly possible where much vigor is present, since the latter would prove a controlling influence running counter to them.

Whatever may be said of the explanation, the fact remains, that in both sexes, animals possessing blood precisely similar have shown a marked difference in their powers of transmission, whether male or female.

The Influence of Age on Transmission. —The ability of either parent as male or female in trans mitting characteristics to the progeny is influenced by old age and consequently by bodily vigor. As the bodily vigor of an animal decreases with advancing age, its prepotency in many instances would seem to suffer. In such instances the decrease in prepotency is charged up to a decrease in bodily vigor.

As this decrease in bodily vigor will affect alike male and female, it follows that it will affect the ability of to transmit characters. If it were true therefore that sex as such were capable of certain kinds of transmission, because of sex, advancing age with its decrease in bodily vigor would step in and form a disturbing factor, that is to say, an animal declining in vigor would have less power than one of the opposite sex in the zenith of bodily vigor, to transmit properties when mated with the same.

Such mating would therefore so far disturb transmission in virtue of the sex, if such trans- mission did exist. But advancing old age and diminished’ bodily vigor are not always accompanied by diminished prepotency, as in some instances animals deficient in strength and vigor are highly prepotent. Such transmission is oftentimes readily apparent in the progeny of animals with an inclination to certain diseases or already suffering from the same. In this fact lies the great hazard in breeding from purely bred animals deficient in these qualities.

Transmission When Prepotency is Not Marked. •—When there is no marked prepotency on the part of either parent it has been claimed that the male offspring frequently resemble the sire and the female offspring the dam. Such resemblances have been noticed in the transmission of disease.

This would seem to favor the view that it is possible or a female in virtue of its sex to transmit certain peculiarities to the progeny. But the force of such an argument is weakened by what is said in the succeeding paragraph by the power of transmission which one sex sometimes possesses to transmit peculiarities which affect only the other sex.

The principle involved, however, tends to emphasize the importance of careful selection in the sires introduced into the stud, herd or flock.

Transmission of Peculiarities Through the Opposite Sex. —Instances are not infrequent wherein disease and other peculiarities are limited to one sex and transmitted by the other. This has already been referred to in Chapter VII., but will now be further enlarged upon, because of its bearing on the subject that is being discussed.

Such transmission has been observed in the inheritance of certain forms of ichthyosis. There have been instances in which the disease was confined to one sex and transmitted through the other, that is to say, it would affect only males though transmitted by females in which it was not apparent.

But the opposite of this has happened with the same forms of disease, that is to say, the disease was apparent only in females though inherited from males.

It has been observed in the inheritance of a tendency to obesity when only one sex will be thus affected. But as with the inheritance of skin diseases, such a tendency has at one time manifested itself in one sex, at another time in the other sex, and in yet other instances the transmission is variable and mixed.

It has also been observed in the influence of the dairy sire in transmitting form and functional activity to the udder of the same. It is claimed, however, that such transmission is more marked when the females are grades. This is just what may be looked for, and it is doubtless the outcome of that greater prepotency which a pure-bred sire has when mated with a female of mixed breeding. The greater pre- potency of the male affects the whole organism of the female though of the other sex.

Nor has it been proved to a demonstration that one sex as male or female has the power of transmitting those peculiarities in a greater degree than the other. And the whole question is still further obscured by the preponderance in resemblance to one parent which is observable at one period of development, and to the other parent at another period of development.

Theories Regarding Transmission by Parents as Male and Female. —Various theories have been advanced to the effect that in generation the male progeny determines the character of certain organs, and of other features of the organization, and that the female parent likewise determines the nature of yet other features and characteristics of the organization.

Chief among those theories is the following:

Orton propagated the first theory, the second by Walker and the third by Spooner and others. They all agree in claiming that in transmission certain features of the organization are more influenced by one parent than by the other, but when they attempt to particularize regarding the organs affected, the disagreement is most marked. Other theories have been propounded which only tend to further complicate and obscure the question.

Objections to Theories Advanced Above. —The probable if not indeed the absolute incorrectness of the theories just submitted may be shown without great difficulty.

Reverse the process and there will be a like preponderance of resemblance to the female in all the avenues of the being of the progeny. This one argument alone should prove fatal to any theory that claims that one parent, in virtue of its sex, influences only certain characters in the progeny.

Practical Deductions. —From what has been advanced the conclusion is inevitable that at the present time it would not be safe to attribute a preponderance of influence in transmission to either male or female in virtue of its sex. From the whole ground gone over it is apparent: —