Animal Breeding Influences that Affect the Determination of Sex

Animal Breeding Influences that Affect the Determination of Sex

Animal Breeding Influences that Affect the Determination of Sex The influences that determine sex have formed a common battle ground for those who have written upon the subject for many years. No question relating to the breeding of animals has been more controverted. And no phase of the subject probably has been so much discussed in the agricultural press.

Adventurers into the domain of animal breeding have, one after another, given out to the world that they had discovered the secret of the influences that control the determination of sex.

So positive have some of those men been in their assertions, that they have offered to stake high wagers as to the correctness of the claims which they have made, and yet, in all, or nearly all, lines of animal increase, the world goes on producing about an equal number of males and females on the average.

Theories Regarding the Determination of Sex. — Several theories have been propounded as to the influences that lead to the determination of sex in procreation.

Seven of these will be noticed in this discussion. They include the most important of the many theories put forward on the subject. That the influences concerned in the production of sex are controlled by definite physiological laws which are uniform in their action cannot be questioned, since there can be no effect without a cause.

But up to the present time, it would be correct to say that they have in the mean, if not entirely, eluded the grasp of the most patient investigators. Notwithstanding the immense amount of research given to the study of this question and the much experimenting done regarding it, the little progress that has been made in the inquiry thus conducted is in a sense humiliating.

But some things have been learned with reference to it that can be turned into some useful account by the breeder, as will be shown below.

In several ways it may be shown that this theory is untenable.

1. Males with but one testicle and females with but one ovary produce offspring of both sexes. This has been noticed in the human family and in the breeding of domestic animals. Since the defect mentioned is apparent to the eye in males, and it is not so apparent in females, the evidence showing that males with, but one testicle beget progeny of both sexes is cumulative, and this result would seem to follow equally whichever testicle may be wanting.

But postmortem investigations have shown that females in which one ovary was wanting, or imperfect, or diseased, have produced animals of both sexes, regardless of the fact as to whether the right or the left ovary was missing.

2. Experiments have been conducted to test the correctness of the theory. That conducted by Mr. J. Buckingham of Zanesville, O., is probably the most significant of these that have been recorded. It is significant because of the number of animals in the experiment.

It included nine sows and three boars. The sows were divided equally into three lots. From one in each lot the right ovary was removed from another the left ovary, and the third sow in each instance was left in possession of both ovaries.

In each litter there were not less than three males nor more than five. ‘The males and females taken together Avere equal in number. The facts relating to the experiment were given in the Country Gentleman as early as 1865, and yet this theory still finds some advocates.

3. Instances are on record in the human family wherein females with but one ovary has produced twins, and this has happened when the right ovary has been wanting in some instances and the left ovary in others. The evidence then against the correctness of the theory under consideration is simply overwhelming.

Second Theory Regarding the Determination of Sex. —This theory affirms that the sex is determined by the degree of the maturity of the egg at the time of fecundation. That which has not reached a certain degree of maturity at the time of impregnation produces a female, and that which is impregnated later produces a male.

In other words, early impregnation produces females and late impregnation males. This theory was first advanced by Prof. Theory of the Academy of Geneva, and for a time, it met with considerable favor. It assumes that the production of male organs arises from the greater maturity and consequently the more complete development of the germ.

The “Animal Breeding” eBook is now available in PDF eBook format. Get instant access to this life changing eBook today for Only $17.

Our 100% Money Back Guarantee: 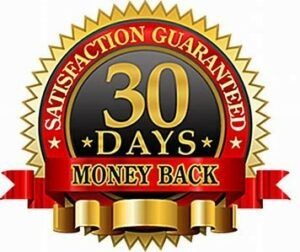 Try it Risk Free Today! If you purchase today, your purchase is 100% guaranteed.

After reading the eBook and you are not satisfied just ask and I will be glad to give you a full refund.

All purchases may be refunded within 30 days of purchase, meaning that if you think your new eBook isn’t as good as I claim, you’ll get every cent you paid back.

If for any reason you decided within 30 days that “Animal Breeding” isn’t for you, simply notify us by email and we’ll gladly refund your money – no questions asked. That’s our Ironclad Guarantee!

The risk is entirely ours! You absolutely have nothing to lose!