Draft Horses from One to Two Years Old 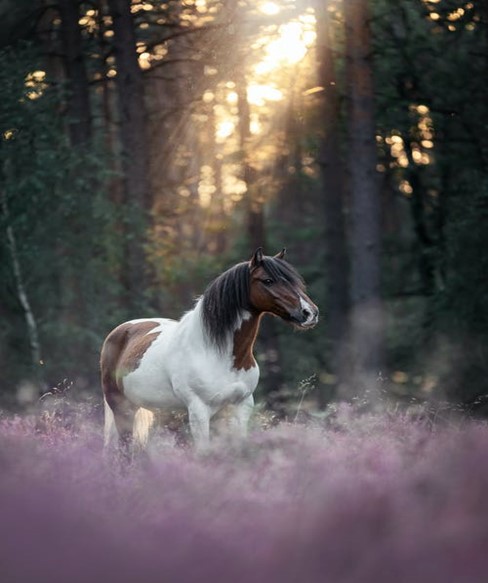 Draft Horses from One to Two Years Old

Draft Horses from One to Two Years Old At the commencement of the second year, or a little later, it is desirable to separate the sexes, and appoint them to different fields or yards; it is also usual at this time to select from the colts those destined to be reserved as stallions. If the choice is made thus early, the chosen animals should be subjected to more liberal treatment than the remainder; it is the best practice, however, to treat all colts likely to make good stallions equally well until the following spring, in order that the influence of another year’s keep in determining superiority of form, action, and physical strength may be estimated.

The effect of castration in reference to its action as a modifier of the character is so well known and admitted, that no further consideration is needful, but the influence it exerts upon conformation is not equally well understood.

Many people advocate the operation for foals of six to nine months old, some defer it until the colts are one year, whilst others prefer the age of two years. It is not wise, however, to fix the period by a prescribed rule, for the results of castration vary according to the age of the animal upon which it is practiced.

Its influence upon the form of those operated on in early life conduces to increased growth of the body, and of those parts of the frame which are by nature more extensively developed in the mare than in the entire horse.

The inference to be drawn from a knowledge of this result is, that the time selected for the operation should be subordinated to the physical features of the colt: If possessing as a foal a grand forehead, and comparatively mean hindquarters, castration cannot be performed too early; if, on the other hand, there is ample development of the rear, associated with an imperfect forehead, the colt will profit by a postponement of the operation until he is two years.

The practice of cutting a low-necked colt, ‘proud,’ as it is termed, will produce a similar effect; but in my opinion the adoption of the custom I advocate will be attended with more beneficial results, and fewer inconveniences.

The Growth of Yearlings.

Between one and two years old, colts increase less in height than in the first year, but at this time their bodies thicken, and their constitutions are formed; phenomena which will be assisted by a continued supply of good food, less delicate than that previously required, yet substantial and abundant. Unless they possess very high value, it is asserted that cart colts cannot be economically reared in straw yards.

Although it must be admitted that, as a rule, the advantages of an open-air system overbalances those of yard-feeding, the latter method possesses certain features worthy of being noted and of recommendation.

Colts accustomed to a species of semi restraint in foal-yards, and brought into closer association with man, from the commencement of their second year become more docile and obedient. The character of the food supplied to them, and the protection afforded against inclement weather, encourages a more complete development of frame, and renders them less susceptible to attacks of parasitic diseases.

In localities where land is very highly rented, and where cheap pasturage is difficult to procure, feeding in straw yards is, I believe, the cheapest practice. It cannot be doubted that colts injure the herbage of their pastures to a greater extent than the grass they consume, and that soiling them in summer with cut artificial green food saves a waste of something like fifty percent of the aliment. But on the other hand, straw-yard reared colts are delicate in the afterlife, and susceptible to the influences of the weather.

When pastured, the hoofs remain firm, the feet wear evenly, and, consequently, the extremities retain their normal positions; but when confined upon a thick bed of litter manure, the horn of the feet grows soft and unduly long, and the limbs become unnaturally disposed.

The basis of winter keep should consist of hay, straw, and pulped roots, with an allowance of corn. Cut grass, clover, or lucerne suffices for the summer ration, but it will be found profitable to continue a reduced supply of grain to colts rising two years old. I regard the exaction of daily exercise upon moderately hard ground throughout the year as a necessity for the prevention of undue increase of body, irregularity in the aplomb of the limbs, and structural defects of the feet.

In localities where land is of low value, or better adapted for grazing than for arable purposes, or when other causes prevail to render straw-yard feeding uneconomical or impracticable, it is necessary that colts should pass both winter and summer in the fields.

During the summer, a good pasture affords, to colts of this age, sufficient nourishment, but the rearers of valuable animals usually, and wisely, allow a supplementary diet of corn to yearlings. Being more robust than weaners, they may remain out later in the autumn, but whenever the growth of grass does not keep pace with the demands for it, a change of management becomes essential; and, in such cases, if the season and circumstances permit, it is well to soil them with artificial grasses.

The occupiers of farms deficient in proportion of pasture frequently send their colts to ‘ley’ or ‘score ‘for the summer. The practice is a cheap one, and, in good seasons, the animals usually do well but even robust yearlings, summered upon the low-lying marshes which border seacoasts, estuaries, and rivers, never do so well as colts of riper age.

The pasture-ground should be of extensive range, surrounded by good fences, and should afford a sweet and rich, if short, herbage. Upland and hilly pastures, where the air is bracing and the ground dry, are favorable to the preservation of health, and for the conservation of the feet are for ‘ weaners ‘ and yearlings to be preferred to low-lying lands.

The soft marshes and fens of East Anglia, although exceedingly conducive to the production of massive equine development, appear to be better suited to colts of a more advanced age. It is of great benefit to run two or several colts together upon a wide range; companionship is highly appreciated by horses of all ages; to colts it is especially an excitant to appetite and exercise.

Land on which horses have been pastured for a number of years in succession, to the entire exclusion of other cattle, and more especially those fields on which colts have been raised, are found to become unsuited for this purpose. They fail to afford enough nutriment and appear to favor to a dangerous degree the development of internal parasites.

Grass land in such ‘ horse-sick ‘ condition should be ploughed and subjected to a thorough course of cropping before it is re-laid in grass.

In winter a supply of hay, or straw chaff with corn and pulped roots, is always desirable, and if the ground is frost-bound, or covered with snow, an allowance of dry food is indispensable.

An owner will be amply compensated for the cost of a reasonable amount of corn supplied to his pastured yearlings throughout the winter, by its beneficial effects in building-up better developed frames and increasing their stamina and energy.

One inconvenience of uninterrupted pasturage, which may, however, in great measure be overcome, is that the colts are difficult to manage when first handled. It is also certain that they more severely experience the loss of their full liberty when permanently stabled.

Rearing at Pasture and in Straw Yards

In the absence of circumstances rendering such a course impracticable or economical, the best system for rearing colts from one to three years old is by a judicious division of pasturage and straw-yard feeding. When the combined method can be adopted, the young animals are submitted to a regimen cheap) and rational.

They are permitted to enjoy exercise and liberty to a degree favorable to their growth; are periodically subjected to partial restraint and are protected from the hardships so detrimental to colts exposed to the severities of winter.

When the changes from yard to field, and vice versa, are commenced, they should be gradually affected, and an equality of feeding between the two methods be a chief object. It is a most ill-advised practice to restrict the food allowance of one system, because the lost condition will be quickly regained by the adoption of the other.

See Next: Rearing from Two to Three Years Old