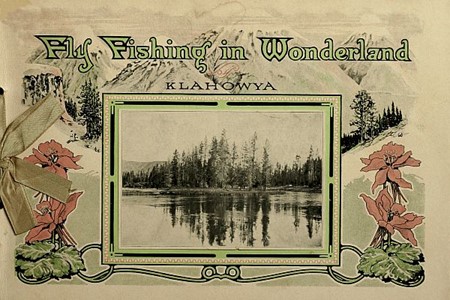 This little writing has to do with the streams and the trout therein of that portion of our country extending southward from the southern boundary of Montana to the Teton mountains, and eastward from the eastern boundary of Idaho to the Absaroka range. Lying on both sides of the continental divide, its surface is veined by the courses of a multitude of streams flowing either to the Pacific Ocean or to the Gulf of Mexico, while from the southern rim of this realm of wonders the waters reach the Gulf of California through the mighty canyons carved by the Colorado.

This region has abundant attractions for seekers of outdoor pleasures, and for none more than for the angler. Here, within a space about seventy miles square, nature has placed a bewildering diversity of rivers, mountains, lakes, canyons, geysers and waterfalls not found elsewhere in the world.